When Adobe announced on November 9 it would acquire Workfront for $1.5 billion, the Lehi, Utah-based software startup joined a select class of venture-backed tech companies in the Mountain West valued at more than $1 billion. For the three co-founders of Montana’s Yellowstone Growth Partners (YGP), this was the second unicorn they helped scale.

Before serving as advisors to Workfront, YGP’s Susan Carstensen, Jason Mittelstaedt, and David Vap were top executives at Bozeman’s RightNow Technologies when it sold to Oracle for $1.5 billion in 2012. The team’s repeat performance in landing billion-dollar exits far from Silicon Valley is a testament to the value YGP brings to customers. It also shows the Rocky Mountain region is fertile soil for tech and a magnet for world-class talent.

YGP specializes in growth acceleration, typically working with entrepreneurs that are not pre-revenue and pre-product, but rather have established businesses with potential to grow 10x in value over a three-to-five-year period.

YGP is not a venture capital firm or a consultancy. The team acts as an extension of the C-suite, offering expertise in recurring revenue models and software as a service (SaaS). YGP takes a capital agnostic approach, helping growth companies to find the right funding at the right time.

More mature companies with a full C-suite leverage YGP’s outside perspective to help break through a plateau or competitive disruption. For smaller businesses YGP acts as an interim C-suite, working alongside founders to fill gaps in lieu of hiring a new CEO, CFO, CMO, or CTO/ VP Engineering. Each partner brings unique strengths to the table – Carstensen in operations and finance, Mittelstaedt in go to market and strategy, and Vap as a technologist and product developer.

YGP’s founders have had a deep working relationship for nearly 20 years after meeting as early employees at RightNow. They partnered on the strategy that transformed the startup into an industry-leading CX software provider and culminated in the sale to Oracle.

Susan Carstensen, a 5th generation Montanan and graduate of Montana State University (MSU), spent 12 years as COO, CFO, and SVP of Customer Experience at RightNow. She previously served as CFO at Powerhouse Technologies and Manager of Accounting at Lockheed Martin.

Jason Mittelstaedt was SVP and Chief Marketing Officer for RightNow. He also held positions at Intel and several early-stage startups and was a founding board member of the Montana High Tech Business Alliance. He attended Harvard Business School’s General Management Program and holds a degree in Engineering Physics.

David Vap was RightNow’s Chief Product Officer from 2006 to 2012 and joined Oracle in 2012 as Group Vice President of Applications Development, overseeing engineering and product management for all of Oracle Service Cloud. A Missoula native, Vap earned his BS at Carnegie Mellon University.

After Oracle’s 2012 acquisition, Carstensen, Mittelstaedt, and Vap went their separate ways, though they shared a passion for regional tech growth. They were independently active in the startup community as investors, advisors, and volunteers. Whenever one of them encountered a cool company or an interesting investment, they would invariably call the other two for advice. In 2015, they launched Yellowstone Growth Partners to formalize the collaboration.

After careers spent on airplanes to far corners of the globe, the trio named their company after the Greater Yellowstone region encompassing Montana, Wyoming, Idaho, and Utah. It was recognition of their current bias for meetings they can drive to rather than fly.

YGP prefers to fly under the radar, quietly adding to its curated roster of partner companies through networking and word of mouth. They work with just two or three growth companies at a time. YGP’s intensive process typically involves weekly engagement over the course of about two years. Once a startup has graduated to a higher level, YGP transitions to a more traditional board role.

Because YGP builds long-term partnerships and is incented through the appreciation of the company, they are careful to ensure a cultural fit.

“We probably talk to 50 businesses before we choose one, and the chemistry needs to be right,” Mittelstaedt said.

Eric Siegfried launched onXmaps, an outdoor technology company based in Missoula and Bozeman, in 2009 – two years after earning his engineering degree from MSU. Siegfried bootstrapped it into a multi-million-dollar business and then worked with YGP starting in 2015 to help with the transition to a pure SaaS, consumer internet company and position onX to scale to the next level.

YGP partnered with Eric to elevate the team, technology, and brand to solidify onX as the market leader. According to Siegfried, what set YGP apart was their strategic insight, tech experience, and customer-first mindset.

“The bottom-line is they care deeply about the businesses and teams they work with,” Siegfried said. “They work with companies that have products they believe in and are passionate about.”

YGP’s founders also serve as connectors, tapping their extensive network to recruit talent for jobs and match startups to investors. YGP worked closely with Siegfried and the onX team to secure a $20.3M series-A as well as search for a world-class growth CEO, which culminated in the hiring of Laura Orvidas from Amazon.

Before becoming an entrepreneur, Alosant CEO April LaMon came from a Fortune 500 background as a marketing executive for companies like Armstrong, PepsiCo, and Kraft. But as she and her co-founder Michael Swanson worked to grow their community branded mobile app platform in Bozeman, they tapped YGP’s depth of experience in software. LaMon and Swanson launched Alosant in 2017 and have worked with YGP for the last 1.5 years.

“We’re a small and rapidly growing company,” LaMon said. “To date, we’ve been self-funded. So, to us, we saw [YGP] as a perfect complement to us both in terms of skill set, but also in helping us to think about our business more ambitiously, and more constructively, particularly as a SaaS product.”

Like onX, Alosant has benefitted from YGP’s drive to help the startup succeed.

“I just always feel like I have a team that I can go to with anything and feel like they’ve got the best interests of the company at heart,” LaMon said. “When you’re on that startup roller coaster with the emotions of the day, to know that you have three people who are completely committed to the success of the company…it feels really good to have them in your court.”

YGP’s philosophy is that scaling a company is about doing less, not more. To help leaders make tough decisions, YGP deploys a four-part framework they call the Growth Acceleration Platform or GAP. The first step is creating a strategy one-pager which then forms the basis for one and three year KPIs or Key Performance Indicators. YGP then helps clients craft an execution plan and build a financial growth model that makes achievement of the year three ambitions tangible and achievable. As a team, YGP has used the GAP framework to create over $2 billion in enterprise value for businesses they have been partnered with.

It is a testament to Montana’s pull that after RightNow’s successful exit, its top executives chose to stay in the state. Carstensen, Mittelstaedt, and Vap each work from their respective home offices on Flathead Lake near Polson, in Bozeman, and near the ski slopes of Big Sky.

“Why would we ever leave Montana?” Mittelstaedt said. “I mean, the natural beauty, the space, the outdoor recreational pursuits, the people, the innovation, the general intelligence of the community. Montana, and Montana’s tech hubs, are kind of magnets for the type of people that we all love to be around and collaborate with.”

Thank you! Your submission has been received!
Oops! Something went wrong while submitting the form. 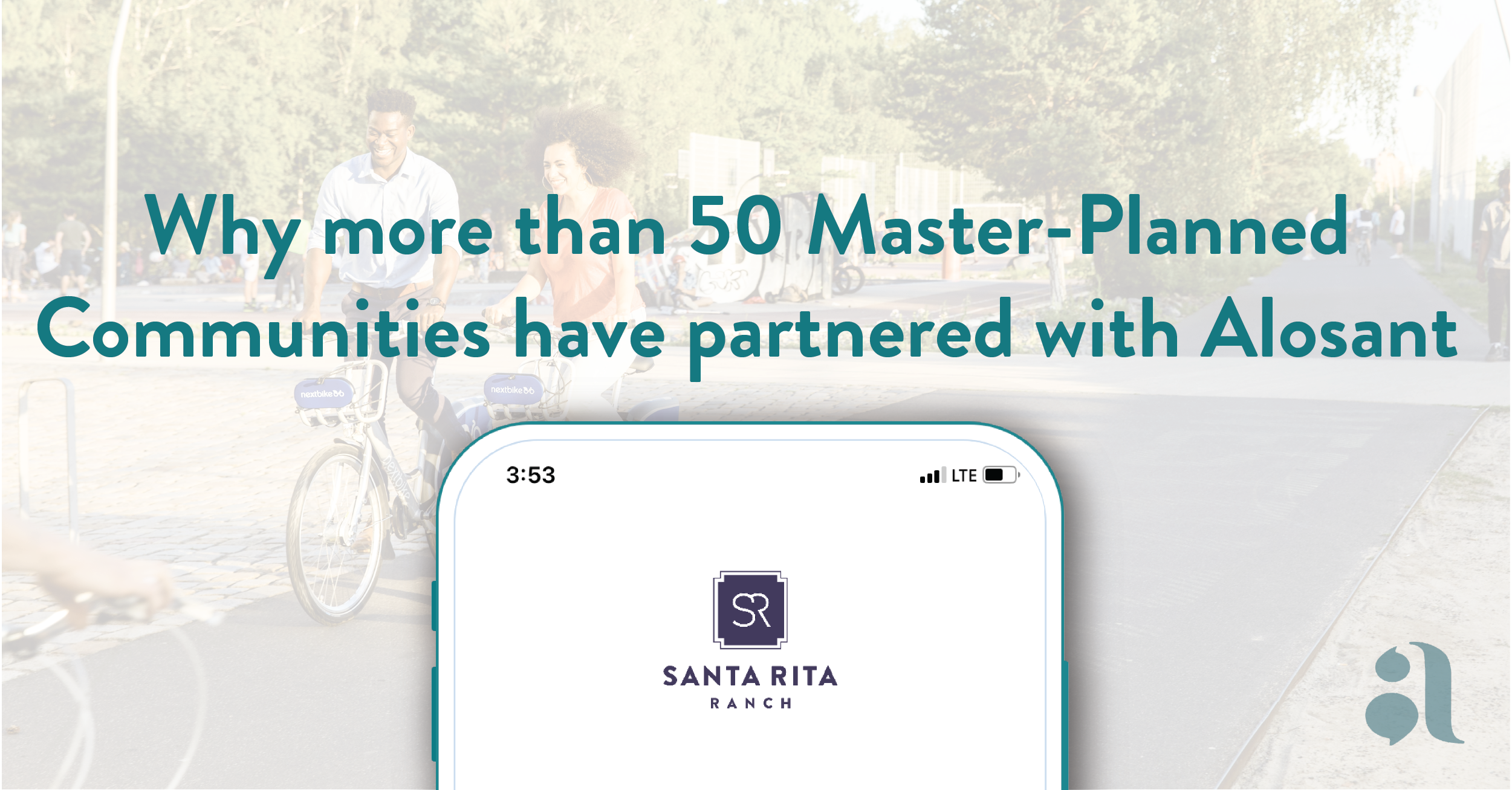 Why More Than 50 Master-Planned Communities Have Partnered With Alosant
Austin Business Journal's Michelle Pitcher talks with Alosant CEO and Co-founder, April LaMon, about why more than 50 MPC's across the country – including the 3,100- acre Santa Rita Ranch in Texas – have turned to her company to create comprehensive, community-branded lifestyle apps to help them stay competitive. 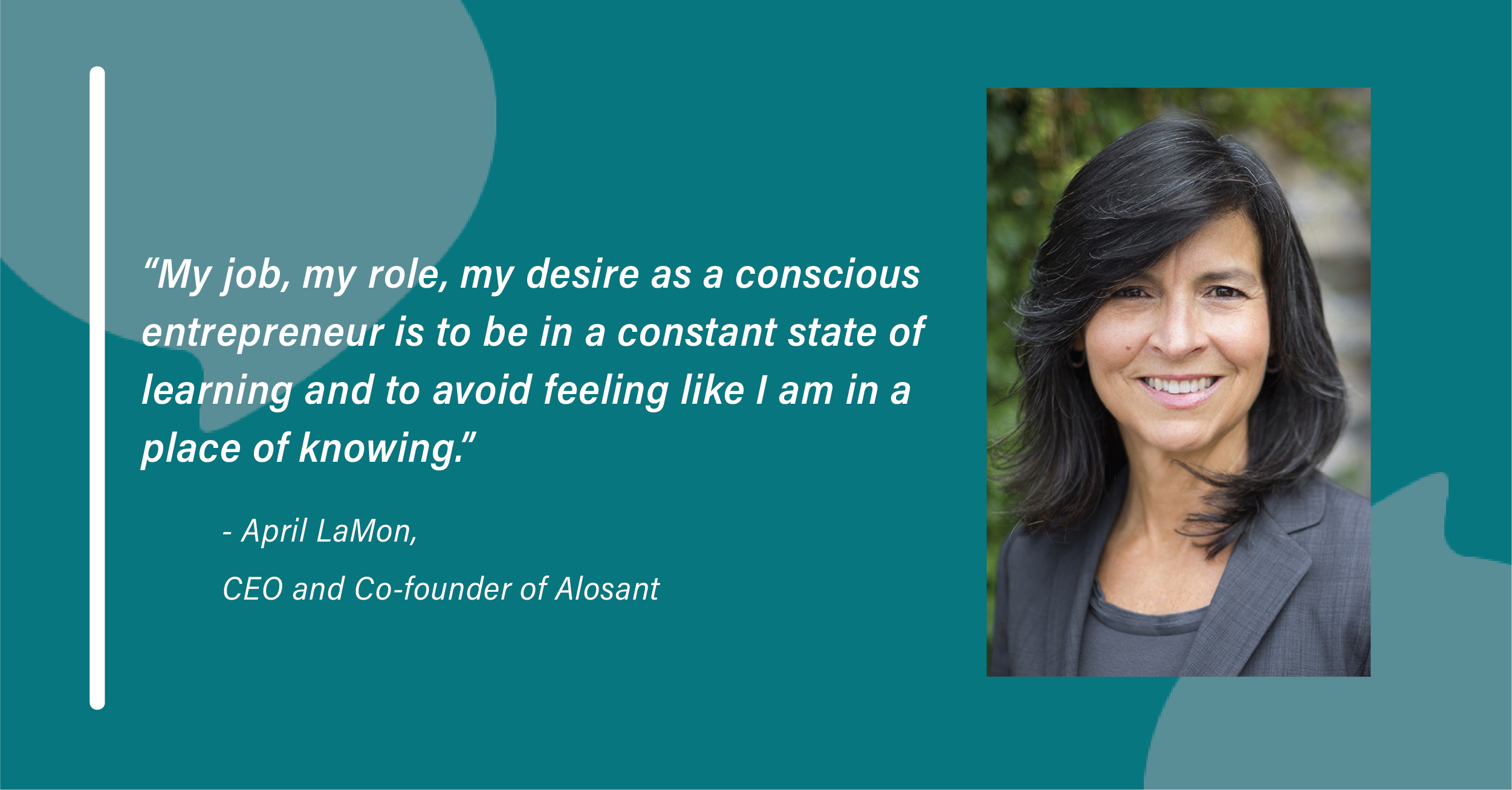 Conscious Entrepreneurship: May I introduce April LaMon of Alosant
Alosant CEO and Co-founder April LaMon personifies conscious entrepreneurship. Her quest to build an innovative real-estate tech company, while staying true to her values has been unwavering. 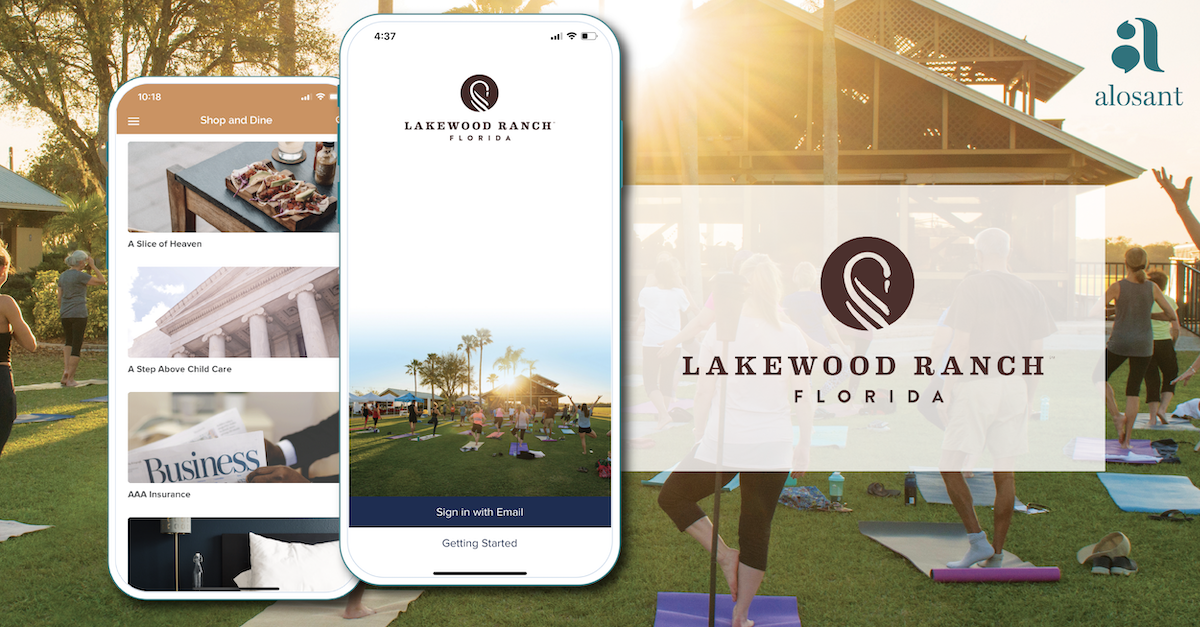 Marketplace for the Alosant ResX Platform
Alosant Marketplace™ allows community-branded app users, residents and home shoppers, to connect with builders, retailers and service providers in and around their community. Alosant ResX™ has launched this new functionality within its residential experience platform serving the fastest growing and most innovative communities in the country.